Here are some VR-enabled apps you can find in Google Play right now. 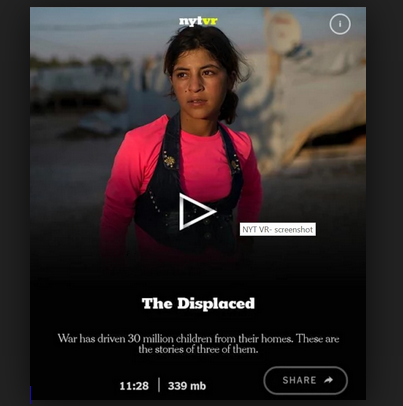 Experience the award-winning virtual reality films by New York Times journalists in an immersive 360-degree video experience. For the most immersive NYT VR experience, watch VR films with Google Cardboard. If you don’t have one, you can still watch our VR stories on your smartphone.

NYT VR is your app for News and documentaries

Beginning with the 11 minute The Displaced and 5 minute Vigils in Paris, The New York Times promises to post new virtual reality stories “every month or so”.  It’s available for both iPhone and Android. 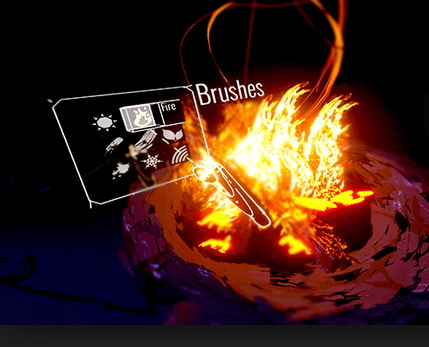 Painting from a new perspective Tilt Brush lets you paint in 3D space with virtual reality. Your room is your canvas. Your palette is your imagination. The possibilities are endless.

The Tilt Brush Gallery for Google Cardboard lets you easily view creations made inside Tilt Brush, a painting application made specifically for Virtual Reality.

Load pre-made sketches and watch them draw in as they were originally created!

Enter “Showcase Mode” to view the sketches from all angles, using your head position to rotate around the scene!

Enable the Microphone and watch certain sketches come to life as the brush strokes respond to your voice! 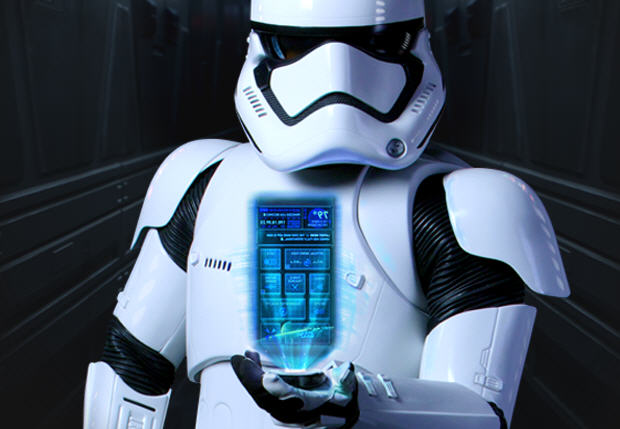 The Official Star Wars App The Star Wars app is your official mobile connection to a galaxy far, far away. With a dynamic interface, the Star Wars app immerses you in breaking news, rich media, social updates, special events, and interactive features.

there’s a new Star Wars film out now. If you haven’t seen it yet or you   The Force Awakens, the Cardboard experience puts you in the role of a Resistance secret agent on Jakku, the desert world that features in the film. You can feel the VR force on your iPhone or Android phone. 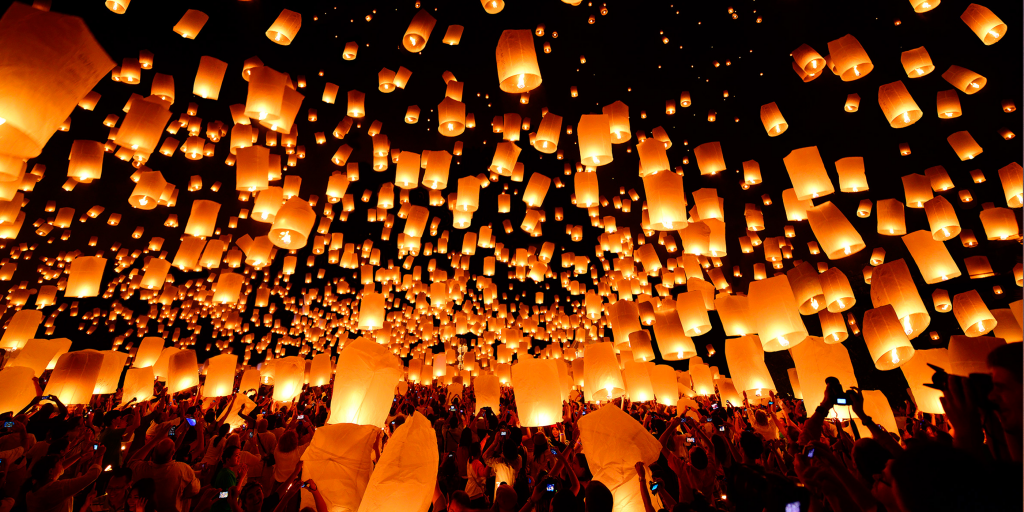 This virtual reality app represents a typical night view of Lantern Festival celebration. Serene mountains lit by full moon reflect in river, and flickering lanterns are both in the air and on the surface of the water. 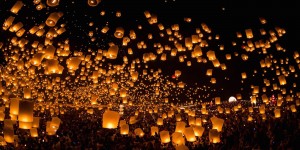 This virtual reality app represents a typical night view of Lantern Festival celebration. Serene mountains lit by full moon reflect in river, and flickering lanterns are both in the air and on the surface of the water.

The Lantern Festival is celebrated in many orient countries, including China, Indonesia, Singapore and Malaysia. During the festival, people launch paper lanterns both to the sky and to the water.

Use a good VR headsets with good lenses to have a relaxing and beautiful experience without damage to your eyes. 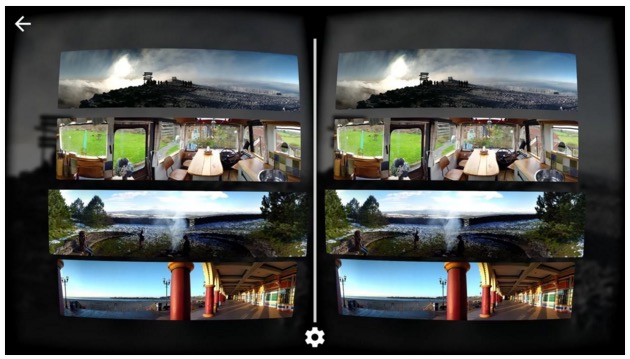 Capture and share moments with virtual reality (VR) photos. VR photos let you experience scenery and sound in every direction and in 3D, making near things look near, and far things look far. From vacation travels to family get-togethers, capture the moment with Cardboard Camera and relive it in VR.

Share moments with virtual reality (VR) photos. VR photos let you experience scenery and sound in every direction and in 3D,  From vacation travels to family gatherings, you can seize the moment  with Cardboard Camera and relive it in VR. 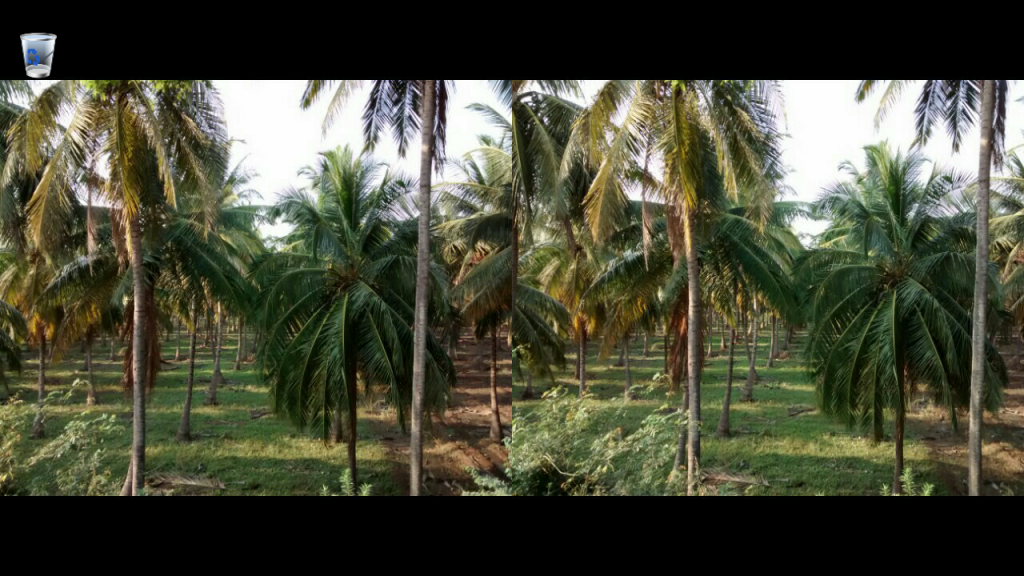 Google has photography app that  let you take 360-degree, virtual reality photos and view them through Cardboard.

The Google Cardboard Camera app lets you snap your own virtual reality photos for viewing in Google Cardboard. Anyone who’s taken a panoramic shot using their smartphone already knows how to use this app: You hold your phone in a vertical position, tap the camera button, and move in a circle. The only difference is that, unlike regular panoramic pictures, you make a full 360-degree turn. A snippet of sound also gets recorded as you’re capturing the photo. 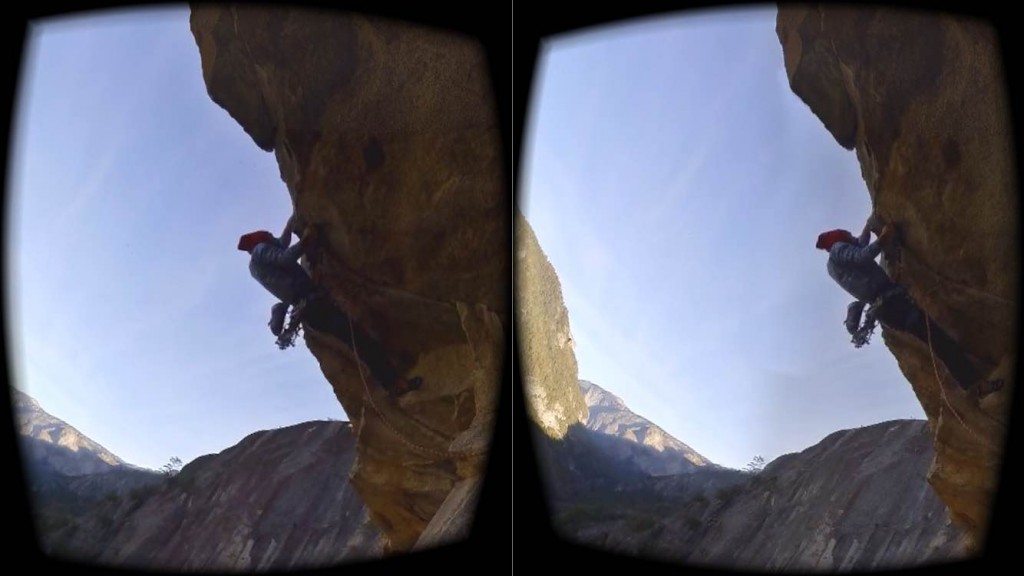 Requires a recent 5″ or 6″ phone and a Google Cardboard virtual reality viewer.

What is Google Cardboard?
Cardboard is a low-cost, easy-to-get virtual reality viewer that transforms a phone into a basic VR headset. Learn more about . 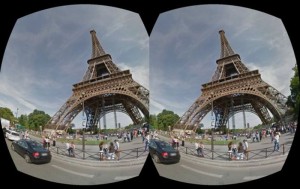 Google has updated its Street View app for iOS and Android  it’s not strictly VR but it is 360 degree images from around the world that you can look around. Virtual tourism. 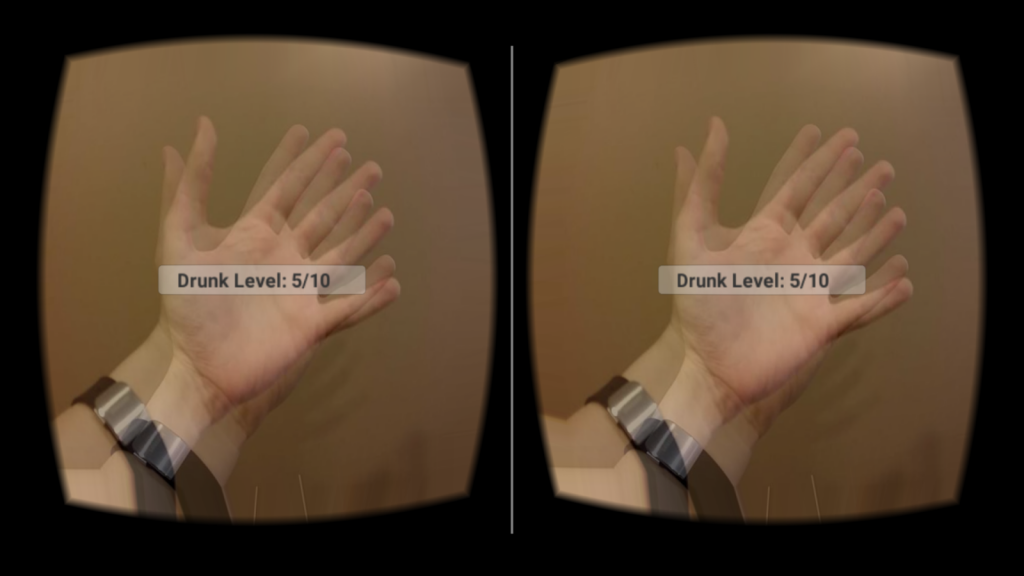 Google Cardboard with camera cutout is required to fully experience this AR beer goggles app. The magnet switch is needed for changing the drunk levels. An alternative would be tapping the screen to set the desired drunk level.

Attention: Android 6.0 users may experience where the camera only displays a gray screen, This can be fixed by going to Settings – Apps – BeerBox – Permissions. Enable both security permissions and the camera will display on the app. We will release an update for this to be automatic.

Experience 10 different levels of inebriation simulation. As the level increases, your vision will have increased delay, blurriness, trouble focusing, and doubling. 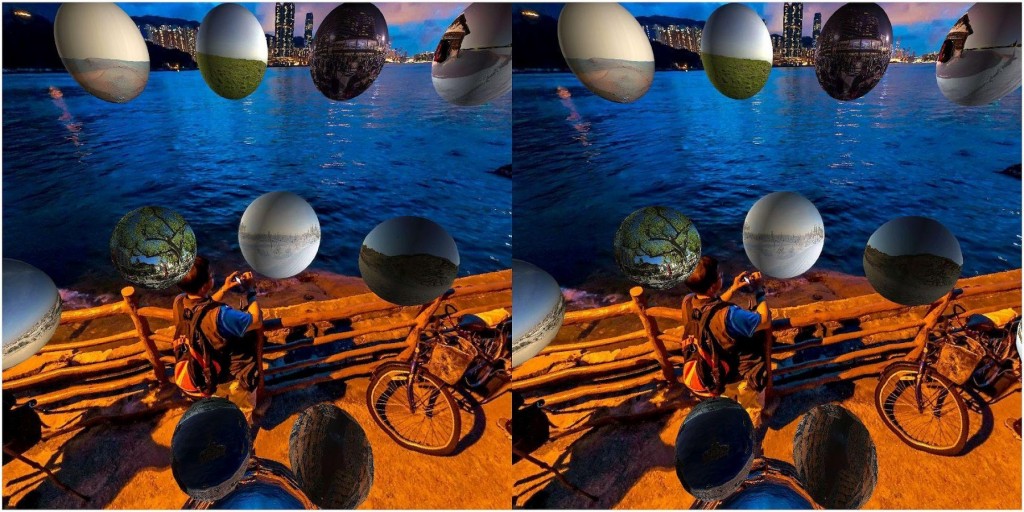 This App Is hands free, designed for and works with Google Cardboard using the latest Cardboard SDK and works really well with all other Smartphone VR Viewers. You control, just by looking at things. Experiment, have fun.
This new app has many old favourite locations from the ability to stand on Mars, visiting the Salt Flats, New Year’s Fireworks on Hong Kong Harbour or chill looking at the Northern Lights. Many new delights await including caverns, Bond moments and new iconic locations from around the world. 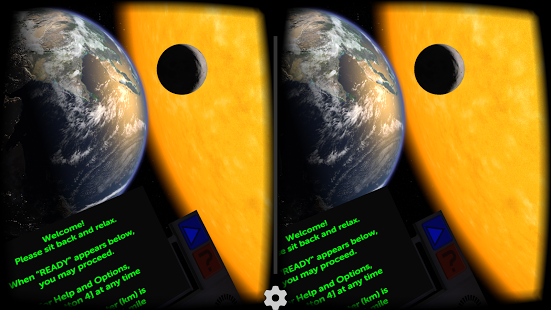 is a short guided tour of our planets and a few stars in virtual reality. Works with Google Cardboard.
Important!

Jack & Third Man Records are excited to announce the release of the “JACK WHITE: THIRD-D” Google Cardboard virtual reality video app. Watch in immersive 360 degree, stereoscopic 3D and listen to music mixed in Dolby Atmos to feel like you were “there” for Jack’s performance of “Freedom At 21” and “Ball and Biscuit” at The Bleacher Theater at Fenway Park and “Dead Leaves and the Dirty Ground” at Red Rocks Amphitheatre. Download the app now via the Google Play Store.

Users will need a recent 5” or 6” Android phone and a Google Cardboard virtual reality viewer which turns the phone into a VR headset. For those without Cardboard headsets, the app is also capable of showing 2D video on its own or you can make your own Cardboard headset out of everyday items by following the instructions here.

Volvo Reality, featuring the Volvo XC90 Experience, is the world’s first virtual reality test drive on a smart phone. Best with Google Cardboard, the app lets you drive the XC90 before it arrives. 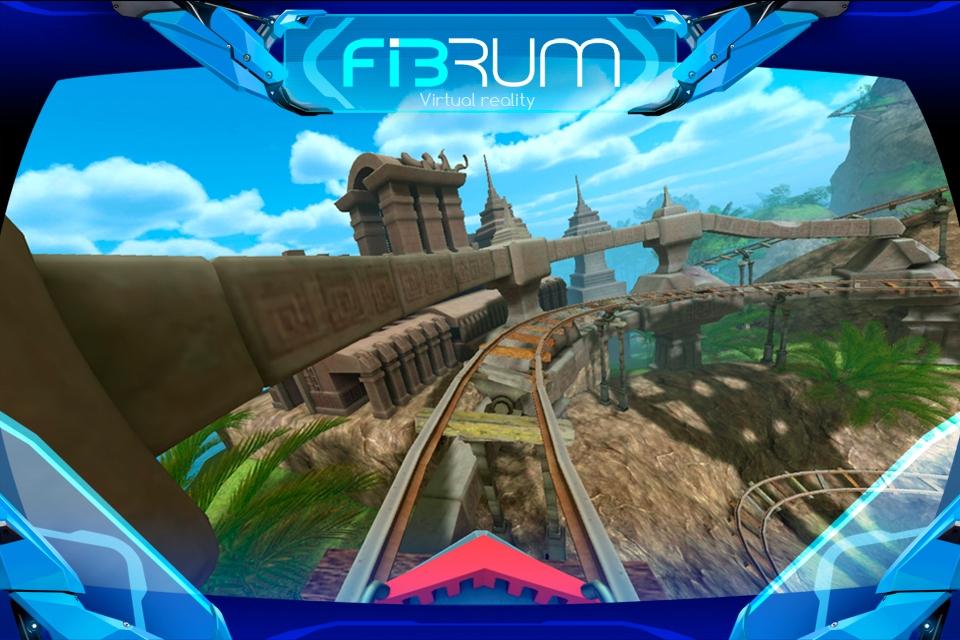 Ride a deserted vr roller-coaster amidst a tropical island. See the fabulous dream of Virtual World.

Please, look at the lever, to start the vr attraction.

The game implements a freemium system. Please register promotion code or purchase the app if you like the game.

Step right up and take a look through the eye of tomorrow with the Glitcher VR augmented/virtual reality app! See your world as you have never seen it before!

Glitcher VR applies filters to your camera’s output to render your environment in an interesting way. It also applies a barrel distortion effect to all filters for accurate image reproduction and comfortable VR viewing. The current version supports the following filters:

Glitcher VR employs speech recognition for voice control and does not require any additional hardware to use. Simply swipe the magnet, press the media button on your headphones or the volume up button to activate voice control. Use the following commands to control Glitcher VR: 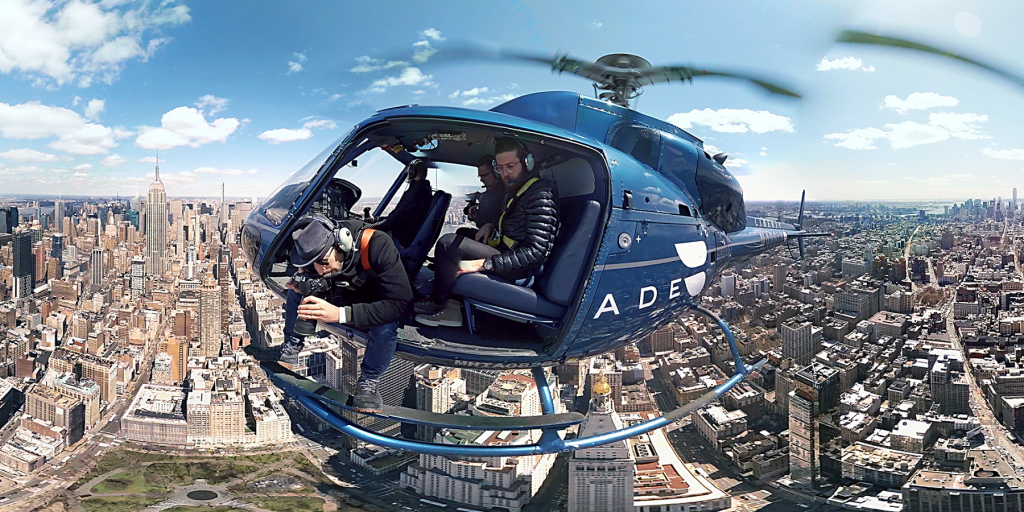 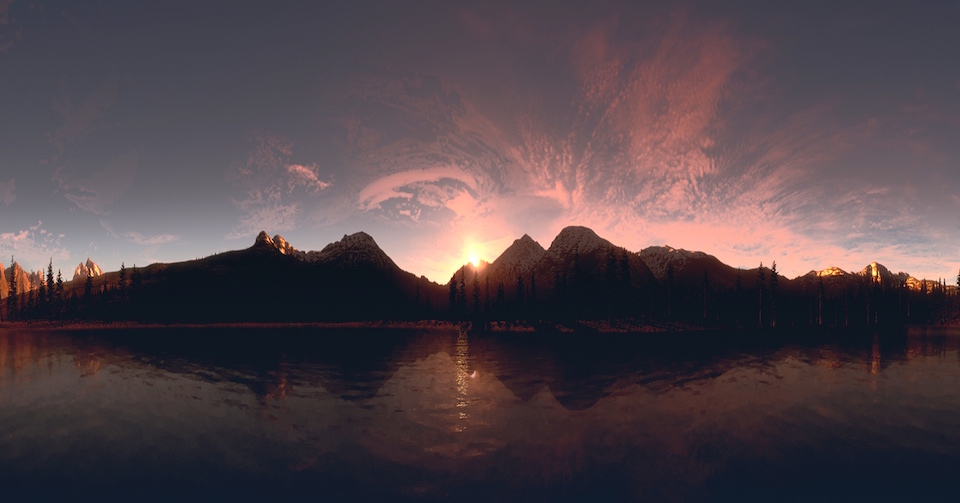 An expanding universe of Virtual Reality experiences. Viewable with or without Cardboard. Fully immerse yourself in 3D VR or full screen 360 featured stories, with dynamically changing directional binaural sound. 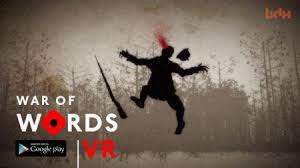 Britain’s greatest war poet prepares you for battle…
‘War Of Words: VR’ uses virtual reality to take you back to 1916, and into a mindset captured by Siegfried Sassoon in his controversial poem ‘The Kiss’.
More poets and writers fought in the Battle of the Somme than in any other in history. ‘The Kiss’ was written just before the Battle of the Somme, while Sassoon was on an army-training course. “The bullet and the bayonet are brother and sister”, Sassoon was told during one particularly bloodthirsty lecture, “there’s only one good bosche, and that’s a dead one…”

Be careful where you look, because something doesn’t want you here. Experience a true horror experience made for mobile VR. Works with Google Cardboard.

Players watch the terror unfold around them with immersive 360 degree visuals and audio. This experience is designed for VR and headphones. Both are recommended to get the full experience. 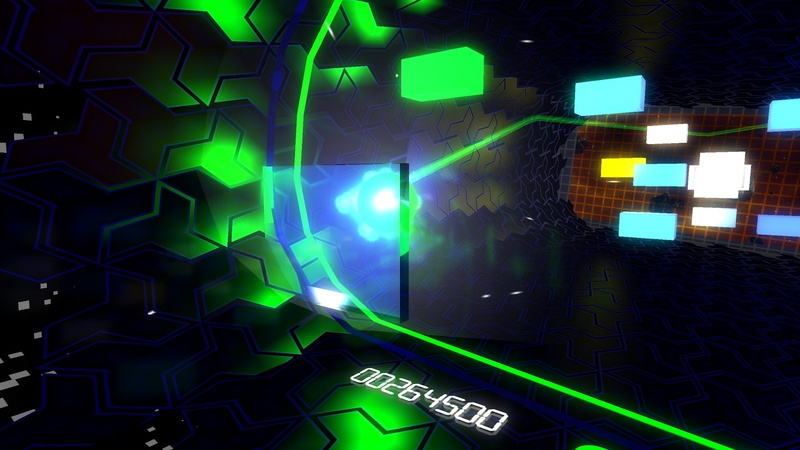